Who is the jack the ripper

In terms of mysteries of the criminal world, and the “Who done it?” question that eclipses

all others, there is nothing more mysterious then who was Jack the Ripper.

You might have seen countless movies on the subject, read myriad books on the topic, or

listened to a plethora of online sleuths that think they have cracked the mystery, but let’s

face it, it was always a guessing game.

There has been absurd speculation as well as more thorough investigation, but the man

that eviscerated women on the streets of London has never had his Scooby-Doo-esque denouement.

But as we speak, we are hearing some new pesky kids are on the block and they might have

figured this mystery out.

We’ve already done our Jack the Ripper show, an epic if we say so for ourselves that was

welcomed by our viewers.

You might not have seen that, so for those of you who are not versed in the history of

this serial killer, we’ll give you a quick rundown on the strife and crimes of Mr. Ripper.

Twas the 1880s in the city of London, perhaps the center of the world at that time, but

London was experiencing a population explosion, with immigrants from around the world coming

to the great city to find work.

But it wasn’t exactly the land of hope and glory for everybody, and some of the streets

in the poorer East end of the city were a long way from being a yellow brick road.

ones born on those cobbled streets, while the factory owners were happy for the cheap

These were fractious times, and outbreaks of violence and other criminality were common.

This is where our man Jack the Ripper chose to ply his trade.

Well, that was nabbing mostly working girls from the streets and brutally killing them.

But other times he skillfully removed their organs with the deft hands of a surgeon.

For this he became known as the ripper.

Other rippers would follow in years to come, The Yorkshire Ripper up north in Bradford,

or over the pond The Ripper of Times Square, but they were different.

Jack may well have been educated in human anatomy, and as we say, he had the precise

skills it takes for surgical exploration and organ removal.

It’s thought he may have murdered 11 people, but the cops only ever said for sure he killed

These became known as the “canonical five.”

We don’t often attribute canons to killers, but Jack was special.

The British media lapped it up, publishing piece after piece on this boogeyman that wandered

the dark streets at night.

and patrolled the streets and alleyways 24/7, but Jack eluded them.

Was he a surgeon, a physician?

Was he some educated upper class untouchable?

What made things worse is police received letters, many with atrocious grammar and spelling

skills, which were supposedly from the killer.

Many were just hoaxes written by bored Eastenders who had little or no respect for the cops.

But one letter, titled “From Hell”, police believed was real.

They never got their man, and the case went on and on for years.

There have been some main suspects over time, and no, serious ripperologists don’t give

credence to the possibility of him being the aristocrat, Prince Albert Victor Christian

Edward, the Duke of Clarence.

That just makes a compelling tale, and something the poorer disenfranchised Brits would love

to be true because it might vindicate their conviction of the ruling class being wicked.

No one seriously thought it was the creator of Alice in Wonderland, Lewis Carroll, despite

the clamoring of some rather wide-eyed conspiracy theorists.

Was it a cover-up many asked?

of the pyramid ripping young girls to pieces and evacuating their uterus.

That would have been poor play by the toffs in charge, so perhaps Jack’s identity was

But this theory didn’t pass muster, none of them did…not until now.

There has been one name on the list of men behind the Ripper mask, but he hasn’t been

talked about much until now.

His name was Aaron Kosminski.

Yep, imagine getting a close shave from a Polish barber with a penchant for slicing

How do we know it was him?

Well, according to a forensic investigation published in the Journal of Forensic Sciences

in March 2019 they know this because of DNA found on a shawl of one of his victims.

Ok, so you might have heard this before, and indeed, in our very own Jack the Ripper show

we said there was one theory about Kosminski because of his DNA.

But the trouble back then was that none of the DNA evidence was supported, it was mostly

down to a well-off businessman and Ripper researcher called Russell Edwards.

The thing is, that evidence was not peer reviewed by any number of other scientists.

It has been now.

people from the present Kosminski family.

They concluded that the Ripper was indeed one of their ancestors.

They also said it is very likely Jack the Ripper had blue eyes and brown hair.

And this is what many mainstream news media was reporting.

Finally, we found our man.

Jack the lad was a 23-year old Pole that went to London and trimmed mustaches, cut hair

piece of physical evidence known to be associated with these murders.”

The DNA found on that shawl should be passed down from mother to mother, and that DNA could

be traced back to the Polish man’s family.

We know quite a bit about our boy, who moved over to the Whitechapel area (slum) in London

and there he set up shop.

But it’s said in 1891 Mr. Kosminski was sent to one of London’s finest insane asylums.

He was apparently an on and off lunatic, doing some barber work, then being looked after

by his family, and then sometimes he was back inside with the people screaming at the moon.

It’s said he suffered a kind of psychosis.

It’s also said that his utterly insane behavior led to him being sent to the workhouse.

What we have is a man who was in and out of asylums while those murders were going on,

so you could say his face now fits the picture.

God knows who his customers were at the barber shop in Whitechapel, or if he had packed that

in once he started to hear voices, eat trash from the streets and… “self-abuse”.

That was a fine English euphemism for what the Brits later would call a five-knuckle-shuffle.

The thing is of course is he doesn’t sound much like a skilled surgeon, nor a man who

was adroit enough to never leave any evidence behind.

And then we have the naysayers.

These critics were doubtful of the first time the Polish man was connected to the murders,

and say the latest conclusions were partly predicated on that original 2014 paper.

Forbes reported just after everyone was saying, finally, we have found him, that the new paper

We are sorry to burst your bubble, but Forbes cites a group of archaeological geneticists

Well, it has been an item over the years that has been passed around, touched by many, many

hands, and left in places for people to view.

It is hardly a fine specimen for DNA analysis, said the scientists.

Another British geneticist wrote this, “How did this ever get past review!?

Primers not listed, data not presented, was it done in a proper forensic/DNA lab...

Well, one other person in the geneticist milieu said this, “The suspect couldn't have passed

on his mitochondrial DNA, as he was a man.”

These academics don’t mince their words either, sometimes sounding like they were

prepared to take a straight razor to the jugular of those that published the paper.

women,” said one of them, no doubt words spat through a mist of strong English tea

and bits of scone.

But as some academics pointed out, you can’t just go around saying it was the Kosminski

people in Poland, or perhaps still in England, whose friends have suddenly started hiding

the knives when they’ve been invited around for dinner.

“The question of his identity, I am confident, will never be known,” concluded the angry

As some commenters say, if Kosminski did do it was he really clever enough to just disappear

How come he never told anyone else, not even when he was locked up?

Where did he get the surgical skills from?

As for the new evidence, the researchers have admitted that they would not use it if it

were for a present criminal trial.

Can we rely on that shawl and the new results?

We might tell you what one other scientist in the bio-game said, and he was less critical

than that angry mob of geneticists, “The data, at least in the weak form presented

here, increase the likelihood that Aaron Kosminski, who was a suspect in the murders, was the

“But we're a long way from knowing who butchered those five women.

What do you think about all of this?

Tell us in the comments.

Also, be sure to check out our other show Why Was Jack The Ripper Never Found.

See you next time. 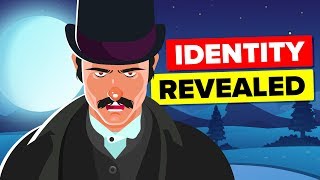 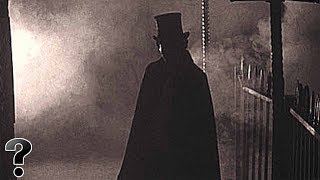 Who Was Jack The Ripper? 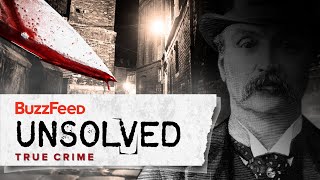 The Grisly Murders Of Jack The Ripper 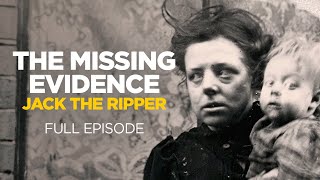 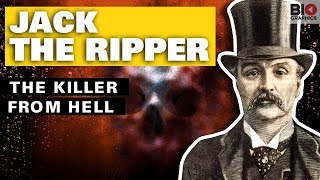 Jack the Ripper: The Killer from Hell 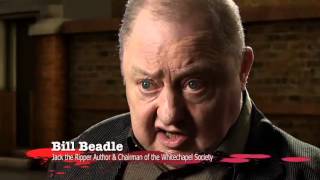 Jack the Ripper: The Definitive Story (2011) 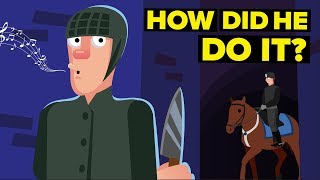 How Did Jack The Ripper Get Away With it? 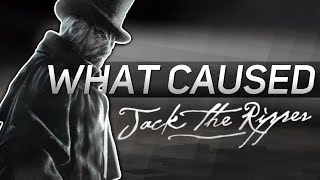