Who is the karate kid

The Karate Kid is the story of Daniel, a violent sociopath who moves to a California town and

begins tormenting a local boy and his friends.

Johnny is a high school senior with a commitment to atone for past mistakes, and move his life

got one year to make it all work, and that’s what I’m gonna do — make it work.”

They are destined to meet when Daniel’s neighbor invites him to a beach party, where

After a courtship ritual consisting solely of creepy, unbroken eye contact, he approaches her, only to be

Johnny arrives to patch things up with Ali, but the discussion becomes heated. “Well

I want to talk to you, all right?” Now I want to be clear about this: what Johnny is

doing is not ok, and he should respect her wish to be left alone. Johnny is, in the end,

a flawed hero. But one thing he is definitely not doing is getting violent. Daniel, however,

seeing an opportunity to insert himself into Ali's life, chooses to escalate the situation,

demanding the return of Ali’s radio. Frustrated and heartbroken, Johnny complies with Daniel’s

request, and in the heat of the moment, pushes him down.

Daniel now has the radio, and Ali is still in no danger. Nevertheless, he attacks Johnny,

who merely steps aside, allowing Daniel to knock himself to the ground, twice. “I didn’t

do anything!” But when Daniel refuses to let it go, Johnny must use force to end this

violent outburst, for the safety of everyone present. So what is Daniel's response to Johnny’s

non-aggression? Pow! A sucker punch right to the mouth. Johnny defends himself, as is

his legal right, and then de-escalates the situation by leaving the scene entirely.

The next day in school, Daniel trips while playing sportball. Rather than accepting that

occasional bumps and bruises will happen during playtime, Daniel instead externalizes the

blame onto Johnny’s friend Bobby, and proceeds to ground-and-pound him, MMA-style.

A few days later, Daniel attempts to enroll at a karate school, obviously intending to

up his game so he can get revenge on Johnny. Put it this way: how would you feel if someone

picked a fight with you, lost, and then went out the next day and bought a gun? Well, that’s

exactly how Johnny feels when Daniel shows up at Cobra Kai. So he decides to send a message:

your violence will not be tolerated. Because Johnny knows what can happen when you teach

karate to a person with a bad attitude.

Months go by, and no one bothers anyone. Clearly, this conflict is over. Until Daniel, unprovoked

and for absolutely no reason, drenches Johnny with water in the middle of a school function,

ruining his night. To add irony to injury, Johnny was at that very moment sparking up

a J, which is about the least violent thing you can do.

“That weasel snagged the ‘bee." "All right."

But I digress. Daniel has crossed the line this time, and he knows it. After causing a multi-car collision,

he flees into the night. There is no telling what further damage this unbalanced and violent

individual will do, and once again, it falls on Johnny to contain Daniel’s fury.

that this is somehow all Johnny’s fault. So they go to Johnny’s sacred place — the

Cobra Kai studio — and challenge him to yet another fight. Johnny accepts the challenge,

aggression until the match.

Daniel, of course, sees this as a license to continue to harass Johnny in public, with impunity.

“All right, watch this. Hey guys, how ya doin’? It’s good to see you. Hey, sorry

about the eye there, Johnny. Shoulder ok, Tommy? You guys be careful not to go stepping

in front of any more buses now, all right?"

The day of the tournament arrives. Johnny is there, defending his title. Daniel, meanwhile,

is a danger to himself and others as he doesn’t even know the basic rules of engagement. “All

To no one’s surprise, Johnny advances to the final round, and karma catches up with

Daniel when his leg is injured by the boy he wantonly attacked on the soccer field.

However, just as Johnny is about to be awarded his trophy, Daniel is granted unnatural strength

Enabling him to defeat Johnny and win the tournament in an upset.

Ever mindful of good sportsmanship, Johnny lets go of his sadness at losing, subjugates

his ego and personally presents Daniel with his tainted blood-trophy. May you choke on

it in your wet dreams, you rotten little prick.

videos like this. Let me know in the comments what you think about my theory, and what movie

I should talk about next. And check out my previous video, "Mortal Kombat and Enter the

Dragon Are the Same Movie." “This is a karate dojo, not a knitting class." 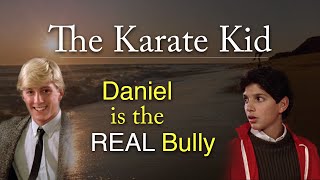 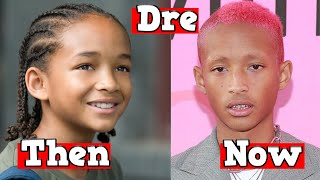 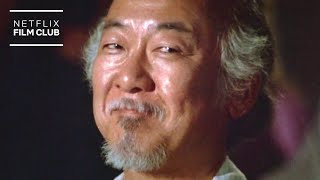 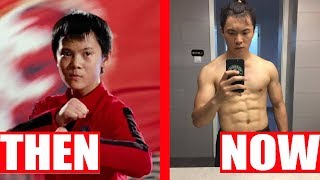 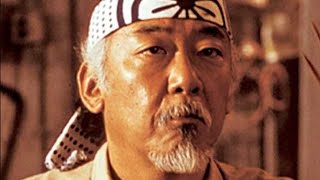 The Untold Truth Of The Karate Kid 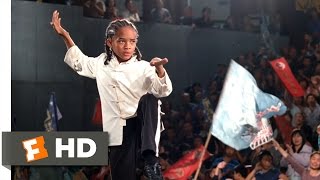 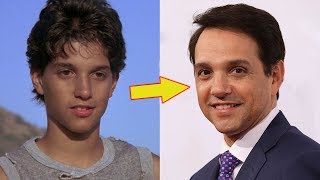 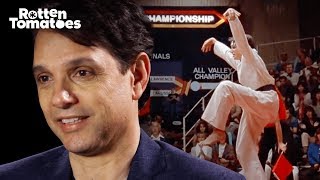 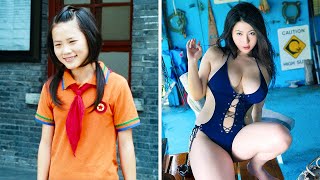 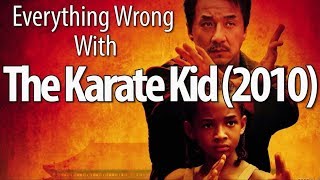 Everything Wrong With The Karate Kid (2010)