Who is the king in yellow

Top 5 | The Lore Explored | The King In Yellow

It’s a name that you may have already heard--perhaps associated with a robed, fictional figure

book that you read but couldn’t quite remember where it was from.

A strange concept, that seemingly--since it’s incarnation over a century ago--appears time

and time again in the even stranger corners of cosmic horror fiction.

Although, the genre as a whole has been passed from pillar to post throughout the ages--one

of these mysterious figures appears to be far more fluid than any other.

those many layers, and discover--just exactly where the sign leads.

Hello horror fans, what’s going on, and once again welcome back to the scariest channel

As per usual, I’ll be your horror host Jack Finch--as today, in our next entry of the

Lore Explored--we cast our gaze toward the impossibly mysterious--King In Yellow.

There it is again, that name--the Yellow King.

For the curious amongst you, that scene was from the seminal Season One of HBO series--True

Detective, which is, for lack of a better term--bloody brilliant.

I know I hark on about that series quite a lot, but really--Season One of True Detective

is one of the finest pieces of television ever created.

That’s not an overstatement, really--it’s that good.

But you might be thinking--hold on a minute Jack, what are you talking about?

What does a modern day HBO series about Louisianian detectives have to do with The King In Yellow?

You see, maybe it doesn’t.

But the point is--it poses a far more important question to be asked of us in this episode.

*Why* Do all of these writers, seemingly feel compelled to illustrate the exact same entity?

What is it about the Yellow King that has caused such a stir, and sent so many ripples

throughout the flat circle of time.

turns--that it’s going to be hard *not* to lose your head.

But don’t worry, we’ll carefully read the tracks of this mysterious entity and hopefully

The King In Yellow--we have to first scale things back a few years earlier.

You see, whilst H.P Lovecraft and Edgar Allan Poe undoubtedly set the scene with their incarnations

horror in literature to come.

in question had quite the air for alliteration.

You see, Ambrose was the tenth of thirteen children--each of them given their names beginning

with the letter *A*.

of course, Ambrose himself.

This mortal reminder of language would be a caveat in his writing career, and his financially

in turn lay the seeds for the King in Yellow to step into our world.

You see, Ambrose Bierce drew the vast majority of his inspiration from his time as an Infantryman

the scene was truly set--a bloody battle, and a terrifying experience in Bierce’s

as a war veteran.

But of course--though Bierce had a long and fruitful literary career, which ended with

solved, may I add--what we’re concerned with is a later story written by Bierce, first

A short story known as Haita the Shepherd--and the first ever written document of the name--Hastur,

by those of age and experience.

His thoughts were pure and pleasant, for his life was simple and his soul devoid of ambition.

He rose with the sun and went forth to pray at the shrine of Hastur, the god of shepherds--who

heard and was pleased.

In this version, Hastur is a benign god--a benevolent entity that shepherds his flock

on a strange and forgotten world.

no sway over their own destinies, even in the presence of an all powerful god.

It would be a welcome reception then, when in 1895--Bierce’s contemporary--a man named

Robert William Chambers--would take up the mantle of Hastur, as well as the ancient,

forgotten city of Carcosa--and attribute them to a new, far more cosmic kind of form.

Chambers himself was a remarkable enough figure, particularly in the age of eccentrics so familiar

with the birth of weird fiction.

Although not exactly a household name, Chambers was a remarkable author--and although he never

laid the groundwork for The Yellow King and his Great Old Brethren.

His most renowned literary works--of course, is 1895’s The King In Yellow, a book of

of a mysterious play.

The vague, veiled story of Cassilda, Camilla--and The Stranger.

A play that, perhaps--has no final act.

A play that, as explained by Chambers--is cursed.

Now, although not all of the ten stories are built around the mysterious King In Yellow--the

image of this entity casts a long, otherworldly shadow over the book.

Characters explain throughout The King In Yellow, that they themselves had attempted

to read the play.

Some of them are forever warned away from it’s strange, cosmic allure--others, are

driven completely mad by it.

As explained by the character of Castaigne in the first short story of the series, The

I remember after finishing the first act that it occured to me that I had better stop.

I started up and flung the book into the fireplace; the volume struck the barred grate and fell

open on the hearth in the firelight.

If I had not caught a glimpse of the opening words in the second act, I should never have

finished it, but as I stooped to pick it up, my eyes became riveted to the open page--and

with a cry of terror, or perhaps it was of joy so poignant that I suffered in every nerve,

I snatched the thing out of the coals and crept shaking to my bedroom, where I rear

and reread it, and wept and laughed and trembled with a horror which at times assails me yet.

But perhaps the best demonstration of the mysterious figure in question, is with the

As the two protagonists of the tale detail, after having read The King In Yellow play

Night fell and the hours dragged on, but still we murmured to each other of the King and

the Pallid Mask, and midnight sounded from the misty spires in the fog-wrapped city.

We spoke of Hastur and of Cassilda, while outside the fog rolled against the blank window--panes

as the cloud waves roll and break on the shores of Hali.

Or--better still, does that *seem* familiar?

Perhaps the strange, yellow silhouette in the corner of your vision is getting clearer--but

for Howard Phillips Lovecraft, Chambers story--and the many names that came with it, would be

the many names and titles laid out before.

The Lake of Hali.

Names and places that would later become commonplace in the Cthulhu Mythos.

You see, perhaps the most important spark of synapse--was that Lovecraft borrowed Chambers

method of vaguely referring to supernatural events, entities and places--which he in turn

borrowed from Bierce--so on and so forth until the end of time.

Effectively, all of these stories--Haita the Shepherd, An Inhabitant of Carcosa--The King

It was in Lovecraft’s 1931 novella, The Whisperer In Darkness, where they were ultimately

forged--where Lovecraft would link The Yellow Sign, to that of Hastur--offering an allusion

that Hastur was, in fact, an entity.

fully form--and in turn, pass it on to future generations of weird fiction writers to try

and comprehend, just like how it too had fallen into his lap.

In 1938, a far more unlikely candidate would pick up the mantle--if only briefly--with

As the detective finds the body, he mutters--The King In Yellow.

I read a book by that title once.

Although only small, and not connected to the Carcosa Mythos in the slightest--you could

It’s like a strange, cosmic joke that has been muttered through the ages--and no one

yet has spilled the punch line.

upon pockets and deep seated seems of hidden knowledge, unknowable mechanics that are left

A yellow sign scrawled on the wall in a stray panel of a comic book series.

A Pallid Mask in mise en scene--hidden only to those that don’t recognise it.

The name of Carcosa on a map in the appendix of a graphic novel.

Still, to this day--Hastur and the Yellow Sign are the key components in the same transposed

And that’s where we arrive now--well, in the last decade, anyway.

Right back to our first clip--Season One of True Detective--a work of fiction, that seemingly,

would have no other reason to pick up the Yellow King than to further the mystery itself.

And, now, I’m certainly not in the business for every *trying* to attempt to spoil the

contents of that series, because really--really, it needs to be seen.

And, well--if you’re in the business of deciphering the next step in the age old cosmic

Or, well, take my word for it--it's definitely a place to start.

The real question is though--What will be the next one?

Or perhaps an oddly familiar name in a video game--or the strange, decoded lines in the

lyrics of a song.

We human beings are curious creatures, and the King In Yellow certainly knows it.

Well, there we have it horror fans--our latest entry in this Lore Explored series.

And believe me, I enjoyed this one in particular.

Well, what did you guys think?

Do you have any other clues to offer in this age old cosmic mystery?

Or just any words of wisdom of your own?

Let us know your thoughts down in the comment section below.

Before we depart from today's video though, let’s first take a quick look at some of

your more creative comments from the last part of this Lore Explored Series.

You guys really crushed it on this one.

What a quality channel.

SmacSBU--that’s the nicest thing I’ve heard in a while.

Thank you kindly, and I’m happy to deliver--hopefully it’s the same case with this one?

warning stories of how their people should NOT behave.

Thank you for an eclectic description of this myth.

That means the world to me, and I’m incredibly glad that I could even remotely try and explain

the incredible story of the Wendigo and give it the justice that it deserves, and hopefully

highlight the importance of indigenous people and the knowledge that they keep.

Well, on that note--unfortunately that’s all we’ve got time for in todays video,

cheers for sticking around all the way until the end… 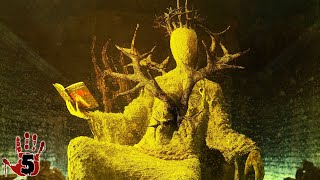 Top 5 | The Lore Explored | The King In Yellow 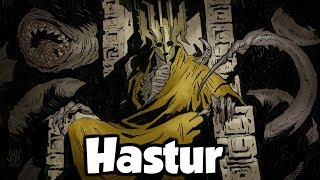 Hastur: The King in Yellow - (Exploring the Cthulhu Mythos) 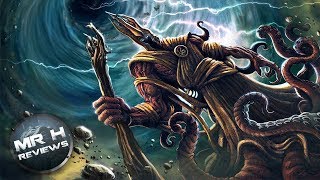 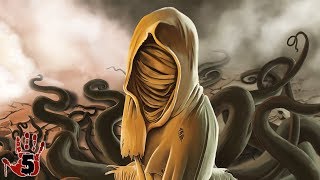 Top 5 Scary King In Yellow Stories That Will Terrify You 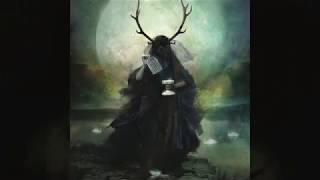 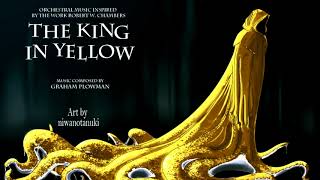 The Sinking City: king in yellow 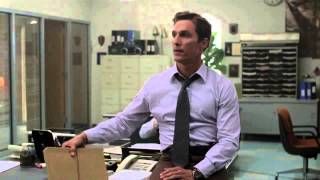 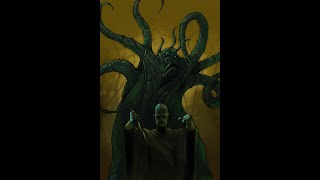 The Cthulhu Mythos Explained #2:Hastur,Carcosa and the King in Yellow Explained (with Pappara Prod.) 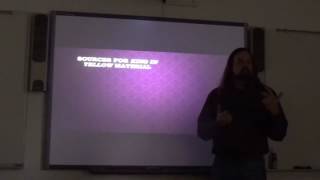