Who is the most powerful transformer

this is the perfect time to see who's the strongest alien in the robot slug fest.

What's up you guys my name is RBG and to commemorate 10 years of Bayformers I wanna present my top 16 list of the strongest Transformers.

In this upload I'll be explaining why each robot has earn their specific spots, from their abilities, to their kill counts.

So without further ado let's jump right into it.

Although he's a pacifist combat medic, Ratchet can still throw down with the best of them.

Coming in around 20 feet tall with a wide array of accessories,

Ratchet is armed with a heavy machine gun and a saw that'll leave any Decepticon licking their wounds.

He also has an assortment of other tools at his disposal; in the movie,

and he has an enhanced sense of smell.

As seen in the 1st film he's surprisingly agile for his size.

According to the Transformers Movie Guide book

Ratchet is one of the few Autobots that could conceivably give Megatron a decent fight one-on-one before being dismembered and fed upon.

He can also tow up to 300 lbs over his own weight in vehicle form.

He may not be the strongest Autobot but the years of being at the heart of war makes him a worthy contender on this list.

Barricade is one of the major antagonists and a central Decepticon in the first film.

He was even the very 1st robot to speak.

He is a hunter/scout of the Decepticons, choosing his vehicle mode to easily hide among the humans as a symbol of authority.

His persona appears to be that of the cliché "bad cop", as he fiercely interrogates Sam Witwicky once he locates him.

"I dunno what you're talking about!"

He mainly elongates his arms to reveal these weird spinny spikey bladed wheel nunchucks in his hands and uses them as close-combat striking weapons.

He also has a long chain with a wheel on the end that reveals a set of cybertanium blades which form a large blade wheel.

But these awesome perks couldn't get him higher on the list and that's due to the fact that he hasn't necessarily put in work in regards to kills.

If I can recall, he only has 1 kill under his belt where he aids a fellow Decepticon in the brutal execution of Que.

It seems like in every film he shows how gruesome he can be shortly before he becomes cannon fodder.

Like seriously this guy gets his ass handed to him in the worst of ways.

From an aesthetics standpoint he may seem to be 1 of the most powerful especially given his attendance record in the films.

Back by popular demand Barricade returned in Transformers: The Last Knight, having survived and being kept under surveillance for years since the battle of Chicago.

He features a new vehicle and robot mode with an arm-mounted gattling-gun and a pair of knuckledusters with the words "Punish" and "Enslave" written on them,

as a throwback to his original alt mode.

But the new upgrades didn't prevent him from being incapacitated by Grimlock midway in the movie.

Say what you want about his somewhat bland devil may care dialogue and minimal appearances, Sideswipe is 1 of those characters that steals every scene he's in.

As soon as he makes his onscreen debut in Revenge of the Fallen he shows the viewers that a Decepticon can be taken out heinously in the most stylish way possible.

Using his wheeled feet to maneuver,

Sideswipe somersaulted over his 1st victim while shooting at him, finishing them off with a blade right down the middle of their alt mode like butter.

but after that movie he mysteriously vanishes creating theories on if he survived or got killed by Cemetary Wind.

There's nothing more that I can say about how awesome Sideswipe is.

I just hope we see him again in future films.

Jetfire is 1 of those intricate characters who I had a hard time deciding on where he should be ranked on this list.

If he was in his prime he would've easily made top 5 but since he's aged way past that point he comes in at 13.

Originally serving the Fallen, Jetfire is one of the few Transformers to remain on Earth since the dawn of humanity.

However, when the other Primes confronted the Fallen, Jetfire realized his mistake, and was teleported to an unknown location.

He fought many other ancient Decepticons there and eventually went into stasis after his victory.

So as you can see, our boy Jetfire was a legend who could throw down with the best of them including the Primes.

But like most living beings his body went south.

After years without a proper source of energon, he's practically falling apart.

He's got rust in places he didn't even know he had.

But he's still a fine asset, powerful and able to activate a space bridge to teleport across the galaxy.

This is slightly offset by the fact he's so old,

so passengers will mostly likely be in for a bumpy ride.

According to the biography and statistics published on the Hasbro web site, Jetfire is 50 feet tall and his main weapon is a battleaxe.

In the film, he also has a missile launcher.

As a comical emphasis on his old age, he carries a walking stick that transforms into the front landing gear of his jet mode.

In the film he can project hologram clips from the palm of his left hand similar to how Optimus Prime did in the 2007 film though his eyes.

As I mentioned earlier if he was in top top condition he'd make quick work of any Transformer who tries to challenge him.

But we still get taste of his immense power through his combination with Optimus Prime.

The former Decepticon assassin who's adopted the Samurai tradition.

After the original wave of secondary Autobots from the 1st 3 films were wiped clean from the roster, Drift became an instant favorite of mine.

He had already become a recent fave after his recent introduction in the IDW comics especially with his story driven backstory.

he has some similarities such as being a samurai and a former Decepticon,

but it is brought up in Rise of the Dark Spark video game and the AOE toy line.

Despite the dark times upon the Autobots, Drift remains calm, dignified, and thoughtful, often taking time to practice his swordsmanship.

Leaving the Decepticons didn't automatically fix everything, though.

Since he's turned over a new leaf you can find him spouting haikus while meditating but his evil assassin way can easily resurface, making him a blade swinging manic.

"Get off you maggot!"

But those crazy antics and lingering rage come in handy on the battlefield.

If you enjoy watching character like Sideswipe do their thing, then you'll love absolutely love watching Drift lay waste to Decepticons with grace.

This Decepticon's making top honors simply based on the collateral damage he caused in his 1st and only film.

Emotionless, coldly logical, utterly ruthless...killing is all Shockwave lives for.

It's rumored that he was gonna be the main villain of Dark of the Moon and judging by his menacing appearances throughout the film, I'm obliged to believe it.

Like his original incarnation he's armed with a hand cannon,

a multiple rocket launcher and a blade,

and during the film he commands Driller, a massive and powerful Cybertonian animal.

it's like he decided to stay in his original protoforms because he absolutely abhors humans and their technology.

I think he's killed the most humans out of all the Decepticons after he destroyed that building in the Chicago incident.

The most duplicitous and cunning villain in the series, Starscream is 1 of those Decepticons that deserves the top spot on the power scale.

Right off the bat he demands attention when he single handedly launched an attack that crippled Bumblebee as Ironhide realized too late who the fighter really was.

He proves that he can be aggressive in his pursuits where he targets Sam, destroying every obstacle in his way.

I know he doesn't always exhibit some the brave qualities of his captain but he's smarter and knows when to retreat when things get hot.

"Not to call you a coward, Master. But sometimes cowards do survive."

Starscream is armed with a rotary cannon, missile launchers and a saw.

Don't let this cowardly Dorito shaped antagonist fool you like he did that squad of F-22 Raptors in the 1st film.

He can easily blend in transforming in and out of his alt mode performing some kind of jet judo shit.

It's unfortunate that we didn't get to see our treacherous villain overthrow Megatron.

It would've been cool even if it was only for a split second.

The Autobots' cantankerous but noble weapons specialist, Ironhide is considered 1 of the toughest Transformers out of both factions.

He's really 1 of my favorites on the list who I wish didn't get killed off.

He is a tough soldier who has sustained many injuries. His right eye has a large scar surrounding it.

Before arriving on Earth, he sustained a broken ankle.

According to the tech specifications of his toy, he was built during the Battle of Tyger Pax and is one of the oldest Autobots.

Ironhide is armed with shell cannons which he occasionally likes to flaunt every now and then.

In Dark of the Moon, he has a new rifle and a new rocket launcher invented by Que/Wheeljack.

The weapons in Ironhide's CGI model have over 10,000 pieces each.

According to an interview with Industrial Light and Magic, Ironhide's guns alone have more pieces than some of the other Transformers in the films

but Ironhide doggedly refuses to roll over and die for anyone.

The youngest of the Autobots, Bumblebee is very immature, short-tempered, hot-headed, impulsive, reckless and impatient

as he often lets his emotions or temper get the better of him.

But on the battlefield, Bumblebee is a capable fighter.

Out of all the Transformers he has the second highest kill count, even beating out Megatron on the score board.

He is undoubtedly one of the strongest and most powerful of the Autobots.

So strong that he can manage to hang tick for tack in a battle with a mind controlled Optimus Prime.

If you would've told G1 fans that he would be in the upper echelon of Transformer power levels, they'd probably look at you and laugh.

forge of Solus number 7 Grimlock back when paramount and Hasbro

announced that they were gonna be releasing a live-action Transformers

horn t-rex is a force to be reckoned with

do battle with the down--all black king himself

we leave you despite a submit size and strength

Cybertron now you will watch but anyways

a Cybertronian jet he also wills his signature arm mount at

a shotgun now Galvatron I'd rather not talk about

the Autobots considering he was literally going to harvest the Earth's

and combine with jet fire to take him out

ruthless Cybertronian bounty hunter lockdowns not to be played with I

vividly remember seeing this dude in transformers the animated series he

much higher of other civilizations across the galaxy particularly the

numero uno dare do you forget Who I am the last

some Megatron's Sentinel Prime in lockdown and most of Megatron's

victories were caused because Optimus was already worn down after fighting 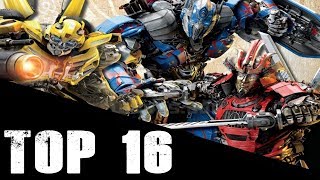 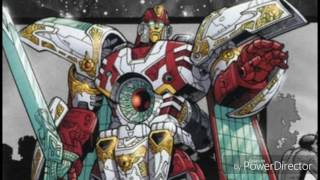 Top 10 strongest transformers of all time 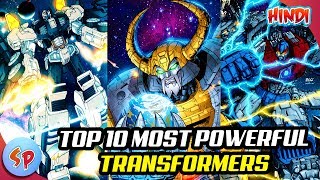 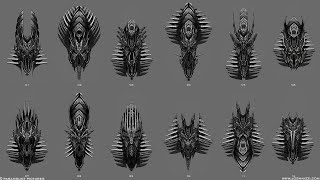 New Transformers Movie 2020: Who's The Strongest Prime in the Bay-verse? 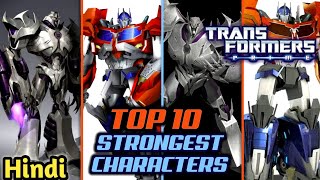 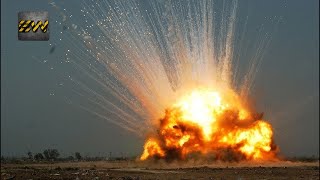 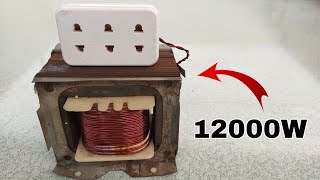 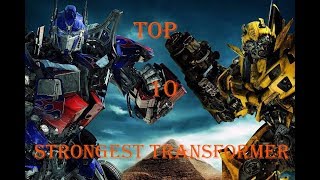 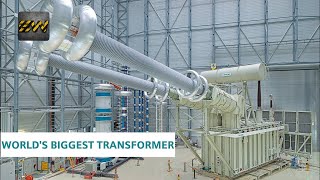