Who is the iron man

Until he was attacked and captured by Terrorists.

Then with help from his cell-mate – he turned a pile of scraps into an iron opportunity.

This is Iron Man's evolution… animated!

To stop shrapnel from entering his heart, Tony equips himself with a mini arc reactor that also powers his suits.

His first suit, the bulky Mark 1, is mostly bulletproof and features both a flamethrower

and missile-launcher to defend against his captors

– plus jetboots capable of flight to aid in his escape.

and creates the titanium steel Mark 2.

although, it ices up at high altitudes.

But this is fixed by adding gold alloy to the Mark 3's suit composition,

In Iron Man 2, the brighter, more streamlined Mark 4 –which adds the ability to filter pee – is worn briefly,

as well as the Mark 5, which transforms from a suitcase into a thin plated red and silver armour

that only has his basic weaponry and is less durable.

Due to his various Arc Reactors apparently poisoning him, Tony, supplied with a blueprint from his deceased father,

creates a new element to power his Arc Reactors.

His next suit, the Mark 6, features silver accents and a triangular unibeam,

is immune and even charged by electricity, is water resistant, features additional grenade launchers

and has a single-use laser.

In this suit, he combats the dastardly Whiplash.

In The Avengers, Tony uses metallic bracelets to deploy the pod-shaped Mark 7

which can assemble over Tony mid-air.

It's much bulkier and is the first suit with it's own integrated Arc Reactor.

As well as thrusters on the back to free his hands during flight, multiple-use lasers, and much more fire power

to defend against unwanted aliens.

It's also apparently capable of briefly flying into a wormhole to nuke an alien mothership.

In Iron Man 3, in an attempt to manage his PTSD, Tony builds many JARVIS-controlled suits referred to as the Iron Legion, including:

The Mark 8 with added kevlar for protection against missiles

The more refined Mark 9 with an additional jetpack

The Mark 10 which has added flight stabilizers for extra speed

The dark and gold-plated Mark 12 with durable exoskeleton

The Mark 14, which is more lightweight for added speed

The Mark 16 with significant upgrades to the camouflaging system

The uniquely coloured Mark 19, built for agility and speed

The black and gold Mark 20, capable of long distance travel

The heavy orange and black Mark 28 which, like Mark 26, is built to withstand radiation

The durable grey Mark 29 which features a singular Jackhammer arm

The sleek silver and blue Mark 30 and the updated deep red Mark 33,

The similarly plated orange and silver Mark 36, made for peacekeeping and crowd control

The light green Mark 37, built for deep underwater travel, and the only armour to be stocked with torpedoes

The white and black Mark 39, built for space travel

And the thinly plated Mark 41, which can disassemble and reassemble mid-flight

In the same film, after inserting microchips into his arms,

Tony is able to don the primarily gold and lightweight Mark 42 piece by piece.

and can be piloted remotely by Tony with an AR display headset.

This time around, Tony battles a vengeful former nerd with help from his many armours.

Following the battle, to prove his affection to his girlfriend, Pepper Potts,

to remove the shrapnel from his chest, eliminating the need for his own arc reactor.

and incorporates a sentry mode to assist Tony when he's not wearing it.

It can also attach to the humungous Hulkbuster amour,

complete with a sedative gas sprayer and hydraulic puncher to subdue a raging Hulk.

Tony also makes use of a group of new white and blue Iron Legion Drones.

Finally, the predominately red and smooth plated Mark 45 is worn.

This suit is marked with a hexagonal chest piece, and since JARVIS became part of a humanoid super-being

the suit is instead run by the Irish FRIDAY OS

In the Mark 45, Tony helps defeat a group of evil sentient robots… uuhhhh, which he accidentally created.

a trapezoidal chest piece, and the first fully retractable helmet.

In this film, Tony pushes for government regulations on the Avengers,

but Captain America challenges the proposal, resulting in an Iron-Cap clash.

While the Mark 46 is able to analyze fighting patterns,

Tony ultimately loses and the Avengers go their separate ways,

Then he changes his name to Tony Stank.

armed with launchable grappling chains and remote Wi-Fi control to keep tabs on Peter Parker from a distance.

While Tony is outfitted with a new heart-shaped Arc Reactor capable of deploying his sleek Nano-Tech Mark 50.

This suit can form extra wings and weapons, as well as cannons, shields and thrusters –

Helping him to reach over Mach 10, and is perfectly sealed for travelling in space.

It can shoot off some of it's nano-tech, and produce a suture spray to help heal wounds…

Although all of this still isn't enough to prevent Thanos from snapping away half of the universe.

In Endgame, Tony is starving and floating through space,

but he’s brought back to earth and then raises a family.

He gifts his wife the blue and gold Mark 49 Rescue armour,

Featuring a displacer pack that can emit energy blasts.

As he goes back in time to help gather magical timestones – and says a quick hello to his father.

This suit’s gauntlets are capable of holding the infinity stones

That he uses to snap Thanos out of existence,

Causing Tony to sacrifice his life for humanity’s survival,

Well, until they dig him up for some prequel-sequel-sidequel movies.

Thanks for watching the video!

This animation took over 500 hours to produce. Comment down below if you want to thank Aaron,

Your resident Tell It Animator, for his hard work and feel free to share the video to help out the channel.

Check out some of the other animations, and if you like what you see, consider subscribing. 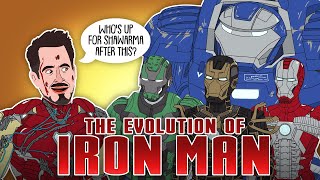 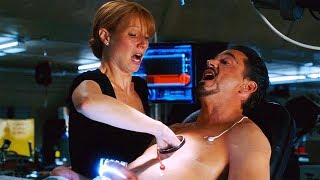 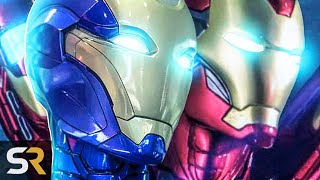 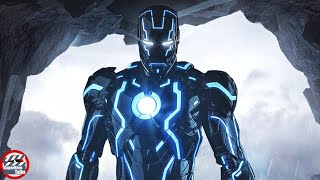 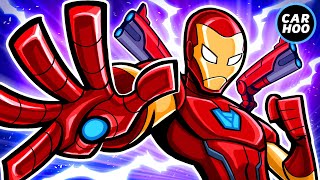 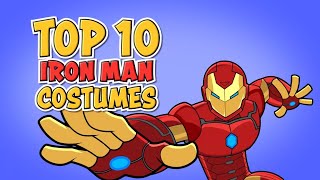 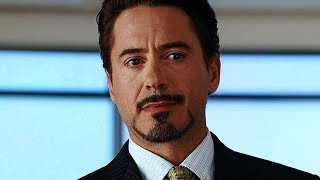 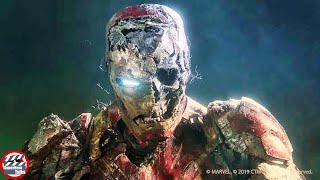 IRON MAN Is Not Dead? | Explained In Hindi | SuperHero Talks 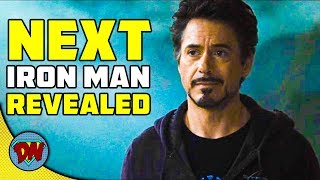 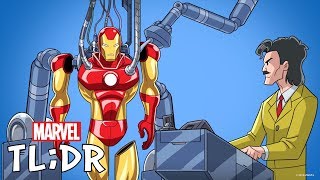