Who is the sun god of egypt

See u in History

Ra is the sun god in Egyptian mythology.

This god is usually depicted as a being with a man’s body and a head of a falcon.

The sun-disk is over his head.

He had been one day the greatest of all gods,

but time wore him down and, finding himself too old,

he decided to relinquish the power and go to the skies

This god is one of the most revered figures in Egyptian mythology.

As the sun god, one of his duties was to drive away the darkness.

And to accomplish his work,

the god crossed the skies on his sun boat, lighting the whole world.

But when the twilight came, he and his vessel plunged into the sea waters towards the underworld.

There he would have to sail through the dark world and cross the twelve gates,

which would be the 12 regions of the nether world.

Ra took an hour to go through each gate.

Osiris was in one of them, the lord of the underworld.

Whom Ra always visited to pay his respects.

But before leaving the underworld’s darkness, the god was attacked by the terrible snake Apophis.

This force of chaos tried to destroy the god’s vessel

and each day the serpent seemed closer to accomplish her desire.

Apophis once managed to swallow the sun boat,

putting an end to the sunlight in the morning.

But the serpent failed to hold the god in her stomach and regurgitated him.

This event was marked as a solar eclipse.

Since Seth, the god of destruction,

after losing the dispute of the supreme throne for Horus,

had been condemned to navigate with Ra across the skies.

He helped the sun god, defending his vessel against the terrible serpent.

The god Ra was a figure worshipped throughout Egypt,

but this god was especially adored in the city of Heliopolis.

merged the god’s depiction along with the greatest figure of their own pantheons.

For instance, the figures of the supreme gods Amun and Atum were also known as Amun-Ra and Atum-Ra.

The god’s name was used by many Pharaohs,

Ramses is a well-known example, his name means son of Ra or the sun of son,

and so the Pharaoh would strengthen his divinity before his subjects. 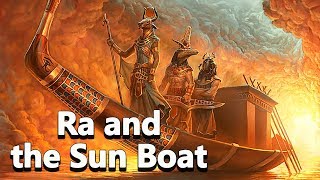 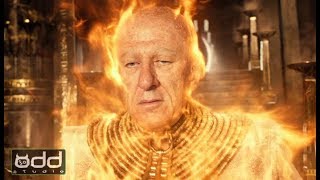 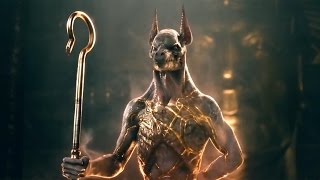 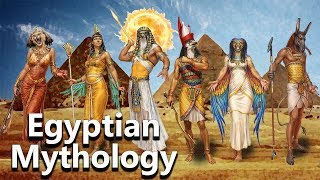 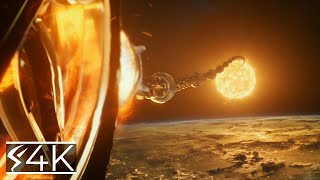 The Chariot of RA (4K) Gods of Egypt 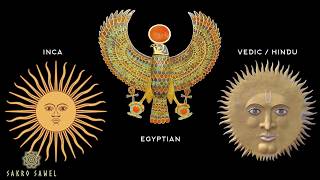 The Ancient Religion of the Sun - book 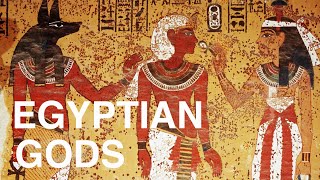 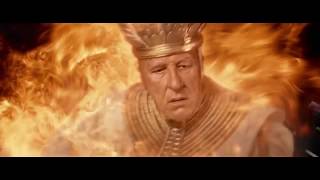